When push comes to shove, and you're stuck on an island⁠—what two books would you take with you until you are saved? Our 92.9fm listeners helped us out with the question this week and recommended some amazing books!

So many books have become famous television series, movies and even stage plays. JB our breakfast announcer, highly recommends this!

Nicholas Hornby has become popular again of the back of the new TV series (it was also a John Cusack movie in 2000). F**king great movie if you haven’t seen it!

Nick Hornby's High Fidelity is the brilliant story of one man's journey of self-discovery. When Rob—a thirty-five-year old record shop owner and music obsessive—is dumped by Laura he indulges in some casual sex, a little light stalking and some extreme soul-searching in the form of contacting every ex-girlfriend who ever broke his heart. An instant classic, High Fidelity is a hilarious exploration of love, life, music and the modern male. 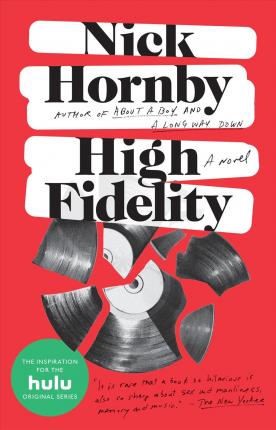 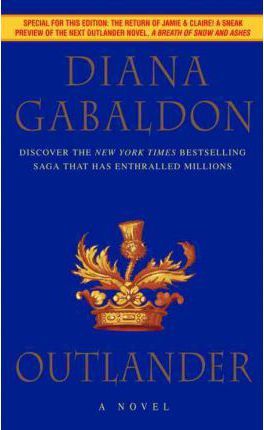 1743. Hurled back in time. Claire Randall, a former combat nurse, is just back from the war and reunited with her husband on a second honeymoon when she walks through a standing stone in one of the ancient circles that dot the British Isles.

9. For Big and Little Kids

Ian Tovell and Ashleigh Walton recommend a classic series of books from author J.K Rowling, books that have gone on to become such a massive franchise, but have impacted minds, young AND old.

Harry Potter and the Philosopher's Stone

When mysterious letters start arriving on his doorstep, Harry Potter has never heard of Hogwarts School of Witchcraft and Wizardry. They are swiftly confiscated by his aunt and uncle. Then, on Harry’s eleventh birthday, a strange man bursts in with some important news: Harry Potter is a wizard and has been awarded a place to study at Hogwarts.

And so the first of the Harry Potter adventures is set to begin.

Thanks to our 2TM Breakfast Announcer, Pete for his suggestion of great books to read during isolation...great for the little kids, and big kids.

Did you find Wally?

Gotta love an Aussie tale. JB suggests this novel which touches on a small part of Australia's history. Bestselling historian David Hill tells the story of the first three decades of Britain's earliest colony in Australia in a fresh and compelling way.

The British plan to settle Australia was a high-risk venture. We now take it for granted that the first colony was the basis of one of the most successful nations in the world today. But in truth, the New World of the 18th century was dotted with failed colonies, and New South Wales nearly joined them.

You Wouldn't Be Dead For Quids is a series of adventures involving Les Norton, a big red-headed country boy from Queensland who is forced to move on the big smoke when things get a little hot for him in his hometown. A great novel suggested by one of our 92.9fm team members, Geoff. 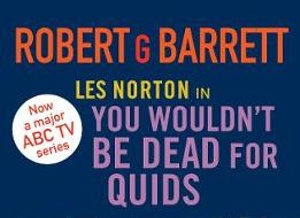 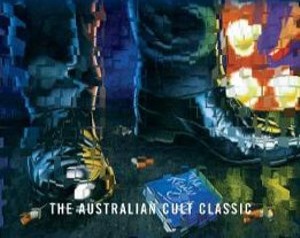 Working as a bouncer at an illegal casino up at the Cross, Les gets to meet some fascinating characters who make up the seamier side of one of the most exciting cities in the world-gamblers, conmen, bookies, bouncers, hookers and hitmen, who ply their respective trades from the golden sands of Bondi to the tainted gutters of King's Cross...usually on the wrong side of the law.

The classics are classics for a reason, we come back to them time after time. Not only do they teach us something new, but there's always an element of the story that you come back to. 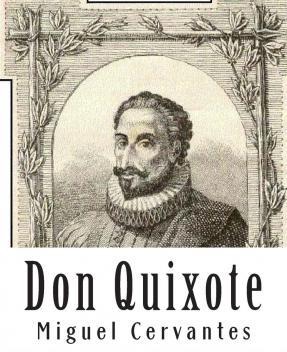 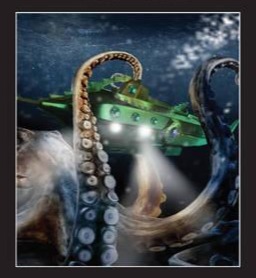 Published in two parts in 1605 and 1615, this is the story of Alonso Quijano, a 16th-century Spanish hidalgo, a noble, who is so passionate about reading that he leaves home in search of his own chivalrous adventures. He becomes a knight onto himself: Don Quixote de la Mancha. (Source)

Thanks to one of our listeners Kurt Brown for the suggestion!

Another suggestion from Mitchell Parker! Professor Aronnax, his faithful servant, Conseil, and the Canadian harpooner, Ned Land, begin an extremely hazardous voyage to rid the seas of a little-known and terrifying sea monster. However, the "monster" turns out to be a giant submarine, commanded by the mysterious Captain Nemo, by whom they are soon held captive.

Everyone loves a true story, and a tale of someone's rise to success, if not a memoir of all the experiences they have gone through.

JB suggests this incredible work from Michelle Obama, an intimate, powerful, and inspiring memoir by the former First Lady of the United States, now a No.1 bestseller.

Dawn French is one of the greatest comedy actresses of our time, with a career that has spanned nearly three decades. Loved for her irreverent humour, Dawn has achieved massive mainstream success while continuing to push boundaries and challenge stereotypes.

In Dear Fatty she describes the journey that would eventually establish her as a perhaps unlikely, but nevertheless genuine, national treasure. This is recommended by our 2TM Afternoon Announcer, Sally-Anne Whitten.

- A funny, endearing auto-biography of a talented lady I adore.

Mark Manson - The Subtle Art of Not Giving a F**k

Holly Hall on our 92.9 Sales Team recommends from the self-help category:

The Subtle Art of Not Giving a F*ck: A Counter-intuitive Approach to Living a Good Life which is the second book by blogger and author Mark Manson.

In it Manson argues that life's struggles give it meaning, and that the mindless positivity of typical self-help books is neither practical nor helpful.

I love Mark Manson’s writing and it helped get out of a slump and helped with giving life some form of meaning without being just “another self-help book".

In first, we make the beast beautiful, Sarah directs her intense focus and fierce investigatory skills onto this lifetime companion of hers, looking at the triggers and treatments, the fashions and fads. She reads widely and interviews fellow sufferers, mental health experts, philosophers, and even the Dalai Lama, processing all she learns through the prism her own experiences.

Another recommendation from 2TM's Sally-Anne Whitten, First We Make the Beast Beautiful.

A wonderful book about anxiety, full of inspiration and new ways of looking at dealing with it.

For over twenty years Marian Keyes has been writing funny, internationally bestselling fiction about modern women in the modern world.

Grown Ups is a book about a glamorous family, the Caseys.

Johnny Casey, his two brothers Ed and Liam, their beautiful, talented wives and all their kids spend a lot of time together.

Under the surface, though, conditions are murkier. While some people clash, other people like each other far too much...

How to Understand Women

Obviously this week we asked our listeners if they could only pick two books to be stranded on an island, which two would you take? Mitchell, may I remind you, this book is useless unless you get off the island...

Recommended by listener Shelly Chester, The Stand is a post-apocalyptic dark fantasy novel written by American author Stephen King and first published in 1978 by Doubleday. The plot centers on a pandemic of a weaponized strain of influenza that kills almost the entire world population. Kinda hits a little close to home, hey?

Agatha Christie - And Then There Were None

Thanks to another of our listeners, Ian Tovell for this recommendation! The story follows 10 strangers who receive an unusual invitation to a solitary mansion based remotely off Britain's Devon Coast. Among the guests is an unstable doctor, an anxious businessman, anirresponsible playboy, and a governess with a secret.

Cut off from the outside world, the group arrives at its destination, only to find that darkness awaits them. As people start to mysteriously die, the members of the group realize there is a killer among them.

Here's a book I recommend, and it's not because I've read it before. It's because of this philosophy.

When you want something, all the universe conspires in helping you to achieve it.

Santiago, a young shepherd living in the hills of Andalucia, feels that there is more to life than his humble home and his flock.

One day he finds the courage to follow his dreams into distant lands, each step galvanised by the knowledge that he is following the right path: his own.

The people he meets along the way, the things he sees and the wisdom he learns are life-changing.

Another recommendation from our listener Kurt Brown. A best-seller in contemporary fiction from David Foster Wallace.

Somewhere in the not-so-distant future the residents of Ennet House, a Boston halfway house for recovering addicts, and students at the nearby Enfield Tennis Academy are ensnared in the search for the master copy of Infinite Jest, a movie said to be so dangerously entertaining its viewers become entranced and expire in a state of catatonic bliss...

Makes sense in this pandemic and as part of our post from this week to include a category like this one. Now if you can't get your hands on one of these bad boys, keep this in mind:

STOP and Think. Use the mnemonic device of "STOP", which stands for "Stop, Think, Observe, and Plan"